LUCI has identified the Glossy Black Cockatoo (GBC) as a target species for conservation management in the Lockyer Uplands landscape.  Listed as a vulnerable species in Queensland and New South Wales, LUCI’s ongoing GBC survey work has established that GBCs regularly feed in our local landscape on, predominantly, Allocasuarina torulosa and littoralis.

LUCI is mentored in its GBC project by Dr Guy Castley, Griffith University’s School of Environmental Futures Research Institute and a Board member of the Glossy Black Conservancy.   The project is supported by the Lockyer Valley Regional Council Community Environment Grants program.

The GBC surveying work in the Lockyer Uplands began in 2015 and  established evidence of GBCs feeding in the landscape on ten sites across the twenty-one participating properties.  The project collected preliminary information on GBC feed trees (Allocasuarina species) and GBC habitat features (e.g. water sources and tree hollows) on the properties.

The surveying project moved into a second phase in 2017 as a five year project focusing on questions relating to the phenology of GBC feed trees and usage of feed trees.   Transect surveying has been undertaken on a six-monthly basis on six private properties and a local conservation park and involves monitoring feed tree variables such as size, sex, flower/pollen and cone density as well as the presence of orts (cone chewings which are evidence of GBC feeding).   The project has provided information relating to a number of questions such as what is the GBC’s preferred feed tree species in the local area, how is age and cone abundance related to desirability of seed, which trees are being used from one year to the next, is a feed tree always a feed tree?

Data has been analysed annually and cumulatively. Over 400 ort sites were recorded in the study transects between 2017-2020 from the sample of tagged trees (approximately 672 trees) and there have been over 30 random sightings of GBCs across the participating properties. Three and a half years into the study coinciding with a severe and prolonged drought, data has revealed an alarming die-off rate in the GBC’s preferred feed tree species, Allocasuarina littoralis. This finding has led project participants to redirect the focus of the project to studying, in the existing transects, the recruitment of she-oaks following an extreme weather event (e.g. drought).

A number of LUCI members have reported sightings of koalas on their properties or in the local landscape.  In 2018, LUCI began a program of koala scat walks on members’ properties, collecting and logging scat specimens for verification as koala scat by an ecologist and registration with WildNet.  Now, LUCI’s goal is to undertake more systematic surveys of koala presence and koala habitat condition in the local landscape to better inform (a) our conservation efforts and (b) official databases on viable koala habitat areas.

Since December 2021, LUCI has combined random koala scat walks on a number of LUCI members’ properties with undertaking koala habitat quality surveys and modified Spot Assessment Technique (SAT) surveys as described in the Queensland Government’s/QTFN’s Koala Habitat Restoration Partnership Program Assessment Manual. LUCI is assisted in this fieldwork by students from UQ Gatton campus’ Wildlife Science program and members of iROOS from UQ St Lucia campus. Participating landholders are provided with a summary of the fieldwork and findings relating to their property.

A number of LUCI members are registered as volunteers with Queensland Parks and Wildlife Service to undertake weed mapping and management activities in Dwyers Scrub Conservation Park.   The project commenced in October 2015 and, to date, the priority has been the control of an infestation of Cat’s Claw vine (Dolichandra unguis-cati) in the Semi-evergreen vine thicket (SEVT RE12.8.21) section of the park. This SEVT ecosystem is listed as Endangered in Queensland and, according to the Dwyers Scrub management plan, SEVT once covered up to 20 percent of the Lockyer Valley. Now, SEVT is protected in two areas only in the Lockyer Valley, Dwyers Scrub and Flagstone Creek Conservation Parks.

According to the Park management plan, the SEVT areas make up about 40ha of the 259ha in the Park and contain around two-thirds of all the native plant species recorded in the Park including threatened vine and orchid species.  SEVT also provides habitat for a range of bird and animal species, some listed as endangered.

Native Grasses and Grassy Habitats of the Lockyer Valley

Native grasses and grassy habitats provide food, shelter and nest sites for a range of native birds and animals some of which are listed as threatened. Commencing in April 2020, this project seeks to improve awareness of the value of native grasslands and encourage landholders to conserve/restore patches of native grassland and grassy habitats on their property.   The project is supported by the Lockyer Valley Regional Council Community Environment Grants program.

The project involves two workshops conducted by Dr Darren fielder (Red Leaf Environmental). In September 2020, the first workshop introduced participants to the botanical elements and identification of native grass species, their ecological function and assessment of condition of grasslands.

Since the first workshop, participants have been collecting, photographing and pressing native grass specimens from their properties. To date, over forty different species specimens have been collected. Some participants are also undertaking a citizen science project to monitor native grass recruitment and diversity post weed control in a study quadrat.

In May 2021, Dr Fielder will hold a second workshop to assist participants to identify their collections of native grasses. In this workshop, a simple identification key will be developed and used to develop a field ID booklet of native grasses in the local and surrounding regions. A selection of pressed native grass specimens will also be assembled as a LUCI herbarium.

Semi-evergreen vine thicket (SEVT RE12.8.21), listed as Endangered in Queensland, provides habitat for the Black-breasted Button-quail, which is listed as Vulnerable in Queensland and Endangered in New South Wales.  LUCI’s landscape of interest contains patches of this SEVT on Dwyers Scrub Conservation Park and on private properties in the local landscape.

In 2016, LUCI received a grant from Healthy Land and Water through the National Landcare program to protect over 50 hectares of SEVT on three private properties. Two of the properties, which adjoin Dwyers Scrub Conservation Park, received installation of more than two kilometers of fencing to protect SEVT areas.  The fencing aims to reduce the impacts of grazing on remnant vegetation.

On the third property, the project included a three phase release of a bio-control measure (leaf mining jewel beetle Hylaeogena jureceki) to combat an invasion of Cat’s Claw vine (Dolichandra unguis-cati) in a tract of SEVT.  Recent monitoring indicated the presence of the jewel beetle persists in the release area and the plan is to monitor the extent of its dispersal and its impact on the Cat’s Claw infestation.

LUCI holds three early morning walks a year on members’ properties or local protected areas.  The Autumn, Winter and Spring walks are themed and led by topic experts, for example, bird walks, native flora walks and dry rainforest walks.  The purpose of these walks is that participants can learn about local native flora assemblages and ecosystems and flora identification tips. Shared morning teas at the end are a perfect way to discuss what we have seen and generally catch up with like-minded others.

An annual event that combines a hearty breakfast with an informative talk from quality guest speakers on topics ranging from The World of Insect Interaction,  feral animal research and control strategies to a citizen’s audit of the state of natural resource management in outback Queensland.

National Threatened Species Day 7th September, 2021:  What can I do?

We plan to hold our annual event to raise awareness of threatened species in the Lockyer with an information stall, children’s activities and native plant prizes to be won. We will keep you posted as planning gets underway.

Meanwhile…we can be doing something now…learn about the significant native flora and fauna that we do have in our region, understand the habitat needs of threatened fauna and, importantly, care for a patch of native habitat wherever you can…every bit of native vegetation becomes a stepping stone in creating a patchwork of habitats which can connect to form a corridor for native animal movement.   Better still…join LUCI and work with us on connecting landholders and the landscape!

…from Main Range to Helidon Hills, around our protected areas of Glen Rock, Dwyers Scrub and Flagstone Creek Parks, Lockyer Uplands landholders and their supporters are creating native habitat stepping stones and corridors for the survival of native wildlife in our landscape! 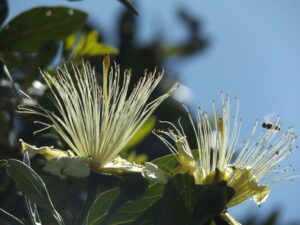